Home Looking to the future: Johnston Tractors’ 59 years of service and counting 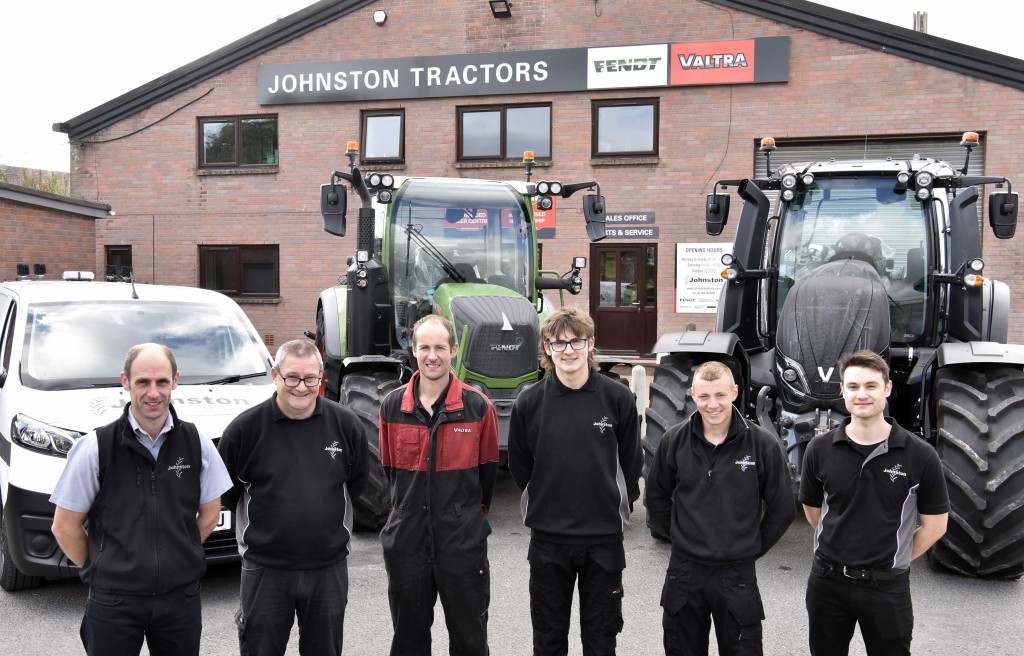 Family run tractor and farm equipment business Johnston Tactors Ltd, has established a strong presence in Penrith over the past 18 months and is looking to build on this firm foundation over the coming years.

Johnston Tractors moved to its new home on the town’s Myers Lane, on premises formerly occupied by Askham Oils, in March of last year and, while the COVID-19 pandemic meant the new branch had a slow start, business there has subsequently really taken off, particularly as 2021 has progressed.

The Penrith depot stocks two leading tractor brands which complement each other nicely – Valtra, a well-regarded tractor range, and, from last October, Fendt, sometimes considered the premium line tractor with an enthusiastic following in the Penrith area – along with a range of equipment including Kuhn farm machinery.

The manufacturer’s grass machinery is highly popular along with its cultivation products such as the well-known Kuhn power harrow.

“In our first year as Fendt dealers we’ve hit the ground running selling a number of the 700 and 300 series tractors. Both these model ranges have received a significant update in 2021 – the quality of their finish and build is very high,” said Tom Johnston, operations co-ordinator of Johnston Tractors.

“Both the Valtra and Fendt tractors have all the traditional functions but are adaptable to what people want in terms of features and technology. Fendt have brought out a new driver’s workstation called FendtONE on board, which incorporates a new armrest with multi-function joysticks and a large touch screen.

“This has many configurable options and offers the latest in terms of smart farming – for example integrated guidance systems can be fitted if required.”

He added that the latest fifth generation Valtra N and T tractors are now available to order, with Johnston’s demo tractor landing soon.

Meet the team: Johnston Tractors has more than 100 years of experience on hand

According to Tom, one of the main reasons for the success of the Penrith base so far is the strength of the team assembled there, which boasts a combined total of more than 100 years of experience in the county’s agriculture industry.

Faces already well known to many in the Eden farming community include that of Richard Morton, from Gamblesby, whose family were the original Fendt dealers in Cumbria.

He has worked on both the service and sales side during his career, and now acts as salesman for the Penrith branch across all tractor and machinery products.

He is also Johnston’s resident Fendt specialist due to his experience with the brand at dealer and manufacturer level.

Branch parts manager Kevin Reid, from Penrith, who has been with the company nearly 10 years, moved over from the former Appleby branch and is also very knowledgeable about his field.

He has been in the in industry since leaving school and prior to Johnston’s, has worked at a number of other Penrith agricultural machinery dealerships.

Similarly, the branch service foreman David Whitfield, of Ivegill, has worked on a vast range of different tractors and machinery.

David has also worked in farming and as a contractor, giving him an excellent insight into the needs of farmers.

Bringing youth to an experienced team is 16-year-old apprentice service technician Samuel Carruthers, from Bampton, who is from a farming background and, says Tom, is already showing great promise.

Samuel will be going on a college course supported by AGCO, the parent company of both Valtra and Fendt.

Also on site in Penrith at busy times or when their particular skills are needed are service technicians from the Johnston Tractors head office branch in Carlisle, including Jonathan Robinson, who is a frequent visitor.

Co-ordinating the team’s effort since opening the branch is Tom, who is the grandson of Frank Johnston, the founder of the firm, which has been established for almost 60 years – 2022 is the company’s 60th anniversary year.

Tom’s father, Howard Johnson, is the managing director, while his aunt, Lorna Johnston, is a co-director and the company secretary.

‘Our move can better serve our customers’

Explaining the reason for the firm’s move to Penrith from its former site at Long Marton, near Appleby, Tom says the team can better serve the needs of new and existing customers around town and across the Eden Valley.

“Farmers have more reason to come into Penrith, for example to visit the town’s auction mart, plus the depot is closer to some suppliers and complimentary businesses, such as Hardy’s Tyres, and transport links are better – especially to Carlisle, which makes the transit of parts much easier when they are needed, as well as the back-up from Carlisle based members of the Johnston Tractors team,” he said.

Also, the site on Myers Lane is ideal in many ways, offering plenty of outside space with hard standing for parking machinery, and a large building – known as Jackson House – which has been thoroughly updated and adapted as a workshop, parts store and office space.

“Our aim is to efficiently supply parts and service for all the brands we sell, stocking as much spares as possible, but also try to assist customers by sourcing genuine or aftermarket parts for other makers,” said Tom.

He added: “We are well set here at Penrith, and by establishing this new branch have a real commitment to farmers in the area and to the brands we sell. We have a good offering and encourage farmers to come to us so we can help with their machinery needs whether its sales or support.” 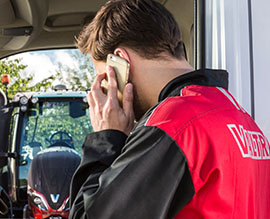