We operate from depots in Carlisle, Dumfries and Appleby covering Northern England and Southern Scotland. Our principal activities are agricultural equipment dealers, tractor exporters and farm vehicle specialists. The company has become well established and grown to cover a wide area with three fully fledged depots. Our mission is to always provide “A Great Deal More Than A Good Deal” to customers in terms of sales, parts and service support. 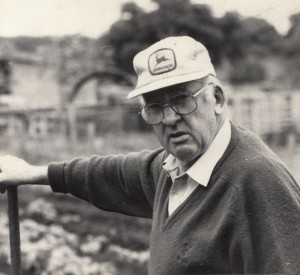 Johnston Tractors was orginally founded by Frank Johnston in 1962. The company started out dealing in used machinery and carrying out repairs at the Johnston family farm How Mill, seven miles east of Carlisle in Cumbria. During the 1960s, the business built up a reputation for good service and subsequently acquired several dealerships for new machinery, pioneering many brands that have now become market leaders in the UK. Starting out with the Romanian built Universal tractor, the company progressed on to import FIAT tractors during the 1970s as 4wd became more popular. In 1975 the business was moved to the Rosehill Industrial Estate opposite Cumbria’s largest cattle market, Borderway Mart. This was a high profile move and represented a change from working in the back yard to one of the biggest investments by a UK agricultural equipment dealer at the time.

The 1980s saw Frank’s son Howard take the driving seat of the business along with his sister Lorna. During this decade the company changed from FIAT to Renault tractors, which they took from a relatively unknown brand in the area, to a position of market share greater than the UK average – making it the country’s top dealer for two consecutive years. These efforts did not go unnoticed in the trade and in 1990 the company was approached by John Deere who were looking for a dealer who could increase their market share in Cumbria and Dumfries. Renault worked well for the company alongside a thriving used machinery business in both the home and export market. However, it was felt that in order to grow further they had to take on one of the major brands, and on November 16th 1990, Johnston Tractors were appointed the new John Deere dealer for the area.

During the first few years with John Deere, the company had some success selling the John Deere 50 series tractors which had a strong following although were not mainstream. John Deere launched the 6000 series in 1992, which were a radical improvement over the classic design, with a full-frame modular concept and new cab which was welcomed by customers. For the remainder of the 1990s, new tractor business became the focus of the company’s efforts and grew in-line with John Deere growth nationally. More staff were recruited, to form fully functional sales, parts and service departments – many long term members of staff from this period are still part of the team today.

Since the early 2000s Johnston Tractors has expanded its product range and the company now offers a full line of farm machinery from John Deere and other leading brand Kuhn, as well as all-terrain vehicles from Suzuki. John Deere lawncare equipment has also been added to fulfill different markets. The company’s products, services and customers have evolved significantly over its 50 year history and it has had to become ever more involved with new technologies with the products they sell and in the operations of the dealership. A keen eye for market trends and a commitment to serving local farmers has lead the company to a market leading position and it is now well respected in the area, across the UK and Internationally.